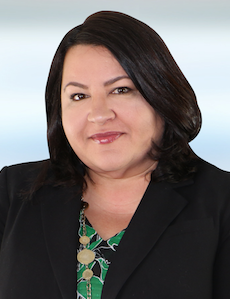 Ms. Amaro graduated from Nova Southeastern University in 2005 with her Bachelor's Degree in Business Administration and a minor in Professional Management. Ms. Amaro attended St. Thomas University School of Law receiving her Juris Doctor in 2008.

During Law School, Ms. Amaro worked as a certified legal intern for Legal Aid of Greater Miami in the Family Law department. She also served as a legal intern to Judge Stacy Glick, then Chief of Felonies at the State Attorney's Office.

Upon being admitted to the Florida Bar in 2008, Ms. Amaro joined the law firm of Friedman Rodman Frank & Estrada, P.A. as an associate practicing in the area of Plaintiff's Personal Injury law. Ms. Amaro has been admitted to the Southern and Middle Districts of Florida.